Guide books "Written by People Who Go There"
These images were taken on a 2011 cruise, led by Richlow's flagship Madeley Wood.


The waterways of Lincolnshire are some of the quietest in the country - but we must be honest in saying they are an acquired taste. For those who favour exploing new waters, and those who enjoy walking or cycling, they are without parallel. And anyone with an interest in railways and/or the RAF will also find much of interest.

The Fossdyke and the River Witham form a route giving access to the Black Sluice Navigation, the Slea, and the enigmatic Witham Navigable Drains, a network where another moving boat may not be seen. And the Black Sluice Navigation now gives an opportunity for inland craft to cruise down The Haven at Boston - a highlight of any holiday on the Witham. The county is generally flat so there are only a few locks, all of which are of wide dimensions.

These waterways have wide open skies, and to be enjoyed they need wide open minds - hear the bird song, notice the fruits of the bushes, query the crops in the fields, appreciate the quietness, and feel the thrill of a Lancaster bomber overhead with escorting Spitfires as the Battle of Britain Memorial Flight climbs from its nearby RAF base.

A new path, the Water Rail Way, links Lincoln and Boston. It has 20 miles off-road and 13 miles on country lanes, using the banks of the Witham, and is clearly marked on the maps in our guide Lincolnshire Waterways. 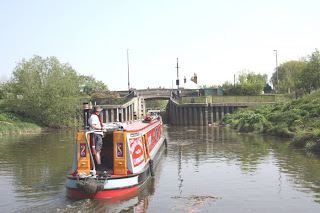 Approaching Torksey Lock, the entrance to the Fossdyke, from the River Trent. 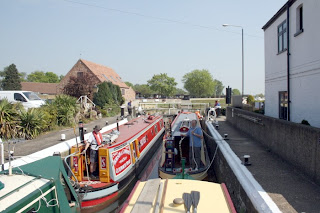 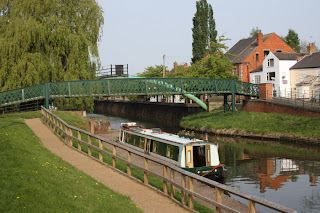 A section of the Visitor Moorings at Saxilby. 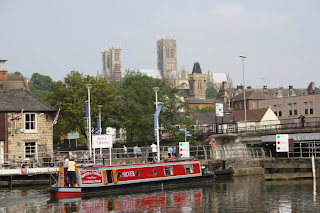 Brayford Pool in Lincoln, with the cathedral beyond. 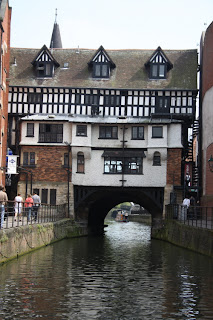 The High Bridge (or Glory Hole) at Lincoln.
The oldest bridge in this country, with buildings still upon it. 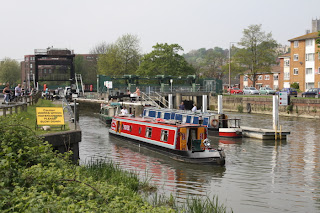 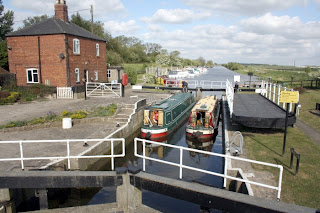 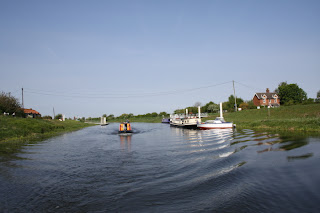 The River Witham is wide - no need to look for a winding hole here. We once saw a narrowboat circling - just because they could! 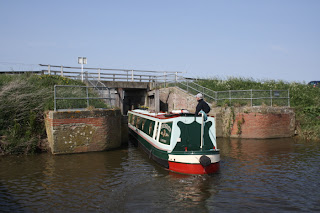 Not all of these waters are of the same width. Some of the by-waters, such as Billinghay Skirth and Timberland Delph have "pointing doors" at the entrance - as shown in the following picture. 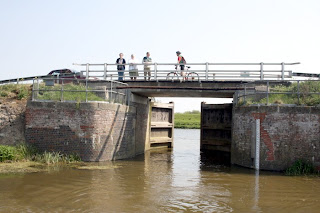 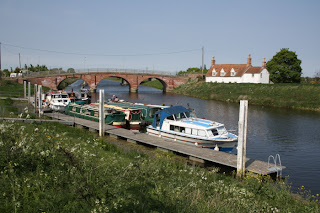 Pontoon moorings such as these are the normal standard for Visitor Moorings on the River Witham. 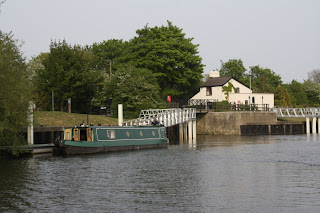 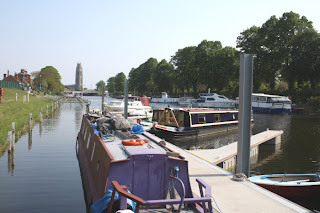 The new Visitor Moorings at Boston. In the distance is the tower of St.Botolph's, a feature which can be seen for many miles around the town. 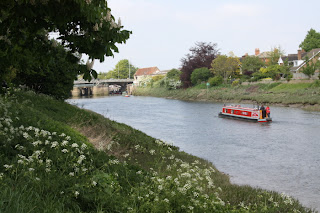 At Boston the Grand Sluice (in the background) keeps the tidal waters of the River Witham at bay.

This boat is on the tidal sectionof the river, approaching the Grand Sluice on its return from the Black Sluice Navigation. 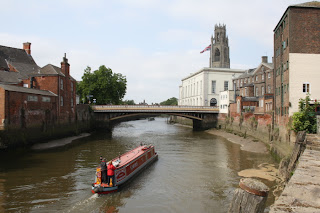 The tidal Witham passes through Boston. 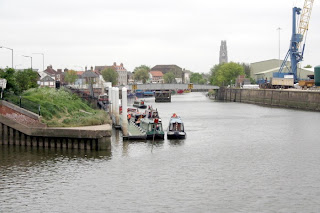 Boats in The Haven at Boston, waiting for the entrance lock to the Black Sluice Navigation.

On the right are Boston's busy docks. 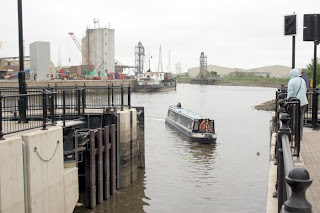 Entering Black Sluice Lock, with Boston docks in the background. 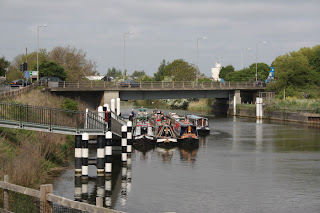 On the Black Sluice Navigation. This newly navigable waterway will eventually be a link through to the River Glen. 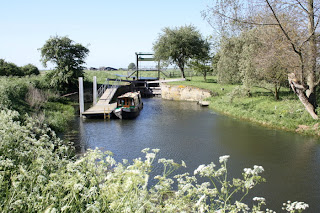 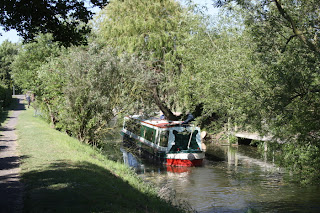 On the Slea conditions vary.... 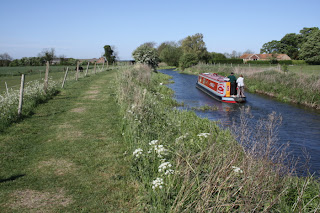 ....but mostly it's another peaceful waterway where contemplation of boatie things comes easily.

There were many RAF airfields in Lincolnshire, during both World Wars.  Many villages proudly maintain a memorial.

This is why the Battle of Britain Memorial Flight is still based in Lincolnshire - near the River Witham at RAF Coningsby.

Posted by Christine at www.richlow.co.uk at Thursday, April 25, 2013 No comments: