A Lovely Day for Trailable Boats, and Canoes

On a sunny 3rd of July the official opening took place of facilites to give trailable boats and canoes access to the Slea Navigation.  Sleaford is still isolated from the main network by the four miles and six locks still awaiting restoration, but now the campaign will be promoted by residents seeing craft using the river in the town centre.

A ribbon across the new slipway was cut, and Richlow's trailable flagship Schandelle was the first boat to descend to the river Slea.  The new liftbridge was raised and Schandelle had the honour to pass beneath.  By the slipway new moorings have been installed, there two Wilderness trailboats added to the colour of the event, as did a number of canoes. 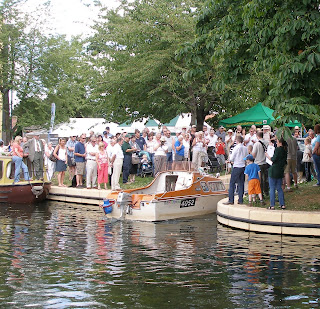 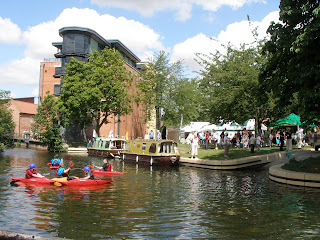 Sleaford now has a lovely riverside area, with easy pedestrian access and adjacent parking off Eastgate. 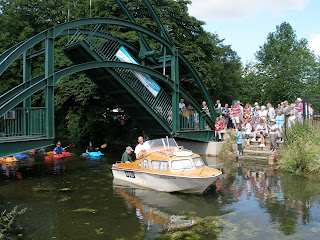 Schandelle passing under the liftbridge, just downstream of the new slipway and moorings.  The new bridge, in a busy pedestrian area, also allows usage by pushchairs and wheelchairs which the old bridge did not. 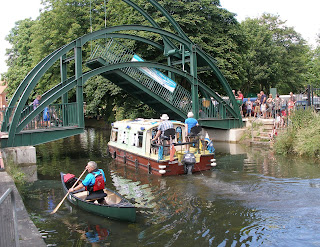 One of the Wilderness trailable boats which added to the event, on passage back from Cogglesford Lock.
Posted by Christine at www.richlow.co.uk at Monday, July 05, 2010 No comments: