Narrowboat on the Trent

Maps on Page 30, and Back Cover - High Marnham Power Station

Boaters on the tidal Trent gain confidence with the sight of prominent landmarks confirming their position.  One such landmark was removed at the weekend with the demolition of the towers at High Marnham Power Station.

Therefore, references to the Power Station should be removed from the maps on the pages shown above.

The charts produced by The Boating Association should also be amended.  On the old-style it is Chart 2.  On the new-style photographic it is on Page 4.

Posted by Christine at www.richlow.co.uk at Monday, July 16, 2012 No comments:

Labels: Amendments and Updates, Narrowboat on the Trent, Trent


New Manchester moorings on the Rochdale Canal
Map 8.  Islington Marina at Ancoats is now open for business. A side arm has been constructed off the Rochdale Canal opposite Redhill Street between locks 81 and 82.
The new Marina presently offers visitor moorings free of charge for up to two weeks and is ideally located for exploring the City Centre. It is equipped with a deluxe sanitary station complete with showers, washing machines and pump out equipment. Long term moorings can be arranged by phoning 0161 839 2999. 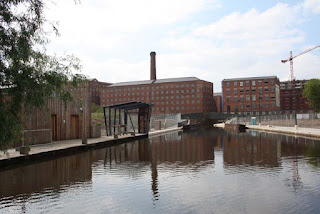 Looking back to the Rochdale Canal which runs left to right in front of the former warehouses. The new sanitary station is on the left and visitor moorings on the right. 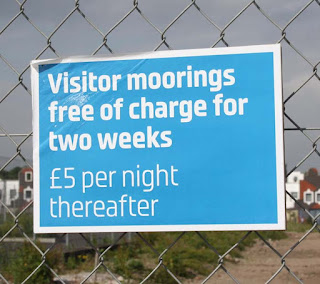 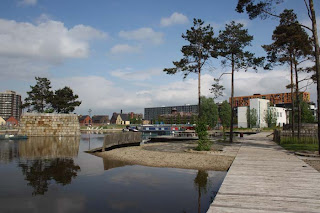 Looking across to the long-term moorings, the waterspace is very attractively laid out.


Since reopening of the Rochdale Canal, passage of the long flight of nineteen locks above Piccadilly has been supervised and boaters have to book to pass through locks 65 – 83 which have been kept locked as an anti-vandalism measure. As the new marina lies above lock 82, Brownsfield Lock 83 and Ancoats Lane Lock 82 are no longer locked so the marina can be reached at any time from Ducie Street Junction.

"Manchester" and "Rochdale" Locks
Map 8. For boaters booking the passage British Waterways formerly named locks 65-83 the “Manchester 19 Locks” - amusingly they have re-branded locks 65-81 the “Rochdale 18 Locks”, even though there are only seventeen of them!

Posted by Christine at www.richlow.co.uk at Friday, July 13, 2012 No comments: