Images of - the Chesterfield Canal

"Written by People Who Go There"

One of England's most pleasant waterways.  Its 46-mile course passes through quiet and unspoilt scenery, yet it remains easily accessible.  Land-based visitors have the benefit of the towpath, sign-posted as the Cuckoo Way, a reference to the nickname given to the uniquely-styled working boats of the canal.

Access for boaters is via the River Trent or a number of slip-ways, and hire-craft are also available.  In addition there are two trip-boats operating on the canal.

Only eight miles await restoration, the planning of which is actively promoted by the Chesterfield Canal Trust.  Examples of what has already been achieved are the beautiful and historic Thorpe and Turnerwood flights of locks, restored in 2003. 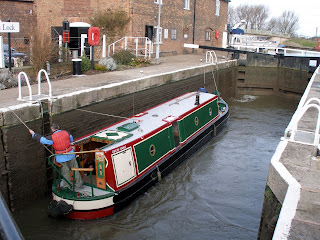 Richlow's Madeley Wood in the entrance lock at West Stockwith  - locking up into the canal's basin.  The warehouse in the background is 18th century and houses the lock-keeper's office. 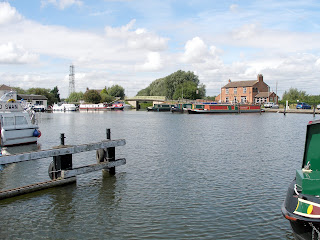 Stockwith Basin.  The entrance to the Chesterfield Canal is through the bridge in the centre background. 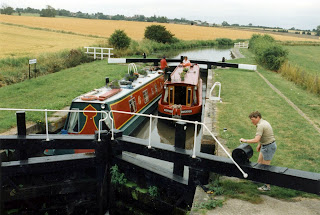 The first five locks are wide, up to Retford. The reason is that when the canal was built in the 1770's Retford wanted the waterway to be capable of bringing large Trent craft up to the town. 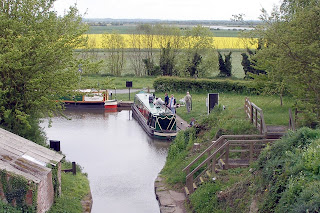 A view from the portal of Drakeholes Tunnel, showing the countryside typical of the eastern end of the Chesterfield Canal. 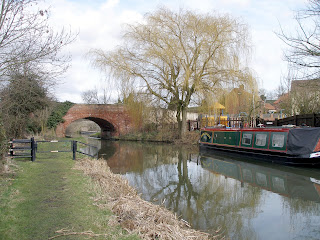 Hayton, typical of the small villages skirted by the Chesterfield Canal. 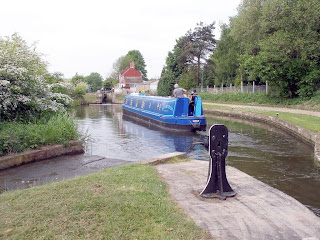 Eventually the canal has to climb the flank of the limestone ridge which it must cross to reach Chesterfield.  These locks at Shireoaks are the last before the steep climb begins to the summit level. 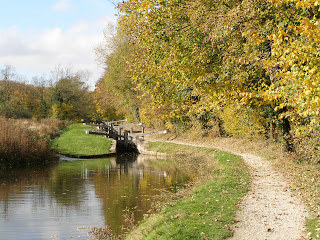 The culmination of the climb to the summit are the seven locks of the Turnerwood flight, and the fifteen locks of the historic Thorpe flight  - which includes two double staircase sets, and two treble staircases.  They are of the pioneering early 1770's era of canals in this country, and were designed by the great engineer James Brindley.  Their sympathetic restoration, completed in 2003, was a major addition to the canal network. 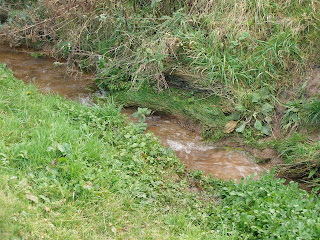 The by-washes of the Thorpe flight are unchanged since they were created, and are thought to now be unique.  They are unlined, and instead use the natural clay of the area. 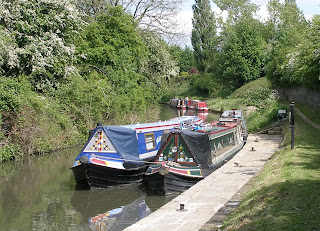 Visitor moorings on the summit level, at Pennyholme.  A feeder from the reservoirs provides a turning point. 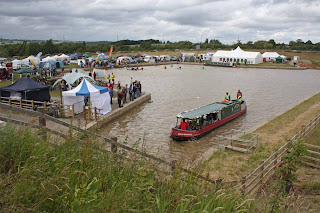 Beyond the still-to-be-restored Norwood Tunnel - the Chesterfield Canal Trust is restoring the waterway at the Chesterfield end.  This is the new Staveley Town Basin on 1st July 2012, during its opening festival - this a new feature, not a restoration.  In the foreground is one of the Trust's tripboats, Hugh Henshall. The narrowboat in the background is Richlow's flagship Madeley Wood. 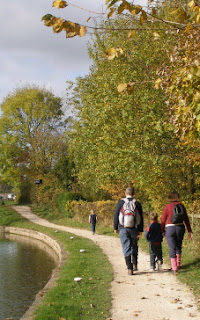 And all of the above is accessible for walkers by using the Cuckoo Way towpath  -  as here on the Turnerwood lock flight. 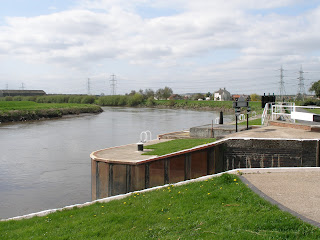 And access for boaters?  Yes, it is via the River Trent  -  but give it a try  -  many boats do, and are rewarded by the delights of the Chesterfield Canal.

Richlow's guide to the Chesterfield Canal, and our Narrowboat on the Trent, are both available via our website  -  post free. Go on.  At least find out what's involved by visiting www.richlow.co.uk

Posted by Christine at www.richlow.co.uk at Thursday, December 08, 2011